The ever-evolving quartet Vaura follows up their 2013 album The Missing almost six years later with Sables, their most refined and contemplative release yet. Introspective and somber, this album finds the band shedding most of its post-metal heaviness in favor of experiments with brooding kosmische musik and the more avant-garde elements of new wave. Consisting of Josh Strawn (Azar Swan) on vocals, guitar and synthesizers, Kevin Hufnagel (Gorguts, Dysrhythmia) on guitar, Toby Driver (Kayo Dot) on bass, and Charlie Schmid (Tombs) on drums and electronics, the band engages ever more with their UK and German prog / art rock influences to grandiose and eerie effect. While still retaining the distinctive and specific style carved out on the band's first two releases (Selenelion in 2010 and the aforementioned The Missing), Sables is the all-vital third release, a concise collection of meditative compositions on endings and extinctions. Brilliantly complemented by the mixing and production work of legendary UK producer Peter Walsh (Scott Walker, Peter Gabriel), Vaura have delivered their best sounding, most intricate and realized album yet. 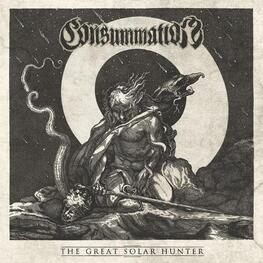