Over the course of their 22 year-long career, WANG WEN have reached a profoundness of intention in their music that reflects in the massive soundscapes that they bring on record and from the stage.
It comes as no surprise that in these dire times, the band delivers a record that speaks to humanity on a universal scale.

100,000 Whys arguably presents the band at their most accessible since the release of 2012's 0.7, but also at the height of their ability to create moments of high tension and exhilarating release.
Between the recording and the release of 100,000 Whys, Wang Wen shared a documentary titled Seven Thousand Hows with the world, chronicling a three day trip to Nepal, where the band participated in a benefit concert for the victims of the 2015 Gorkha earthquake.
'When people are talking about music, and people are talking about peace and love. We play music as a reminder that you are a human being, not a beast. You are different from the beast,' declares band leader Xie Yugang from the stage of Purple Haze Rock Bar in Kathmandu.
Isolation and togetherness, collective and individual. These have been themes that pervaded the work of Wang Wen over the course of their career. The album title, inspired by a line from Rudyard Kipling's poem I Keep Six Honest Serving Men reflects the collective confusion felt at the outbreak of the global COVID-19 pandemic and the ensuing restrictions that governments instated to deal with this crisis.

Around the time of the outbreak, Wang Wen, having just finished composing material for their eleventh full-length, found themselves locked in their hometown of Dalian, a large port-city in the north of China.
Instead of recording their album in St. Petersburg, Russia, as planned, they decided to put 100,000 Whys to tape in their own rehearsal space in the Dalian Urban Music Center.
Again Wang Wen requested the services of producer Wouter Vlaminck (this time without his brother Lode); a decision which feels natural, considering the breakthrough success of their 9th full-length Sweet Home, Go!, released in 2016 (PEL073), and the strong reception of its follow-up Invisible City, released in 2018 (PEL116).

Drenched in heavily filtered synthesizers and fuzzed out bass sounds, 100,000 Whys carries a vintage feel that hearkens back to the late 60s and early 70s. Meanwhile the scratches and glitches around the edges of the music reveal a distinctly contemporary attitude. The subtle use of electronica shows the growth of this band over the past 20 years from a band of musicians to an ensemble of artists.
Merging influences of psychedelic and dark jazz (If Tomorrow Comes) with elements of prog (The Ghost, Wu Wu Road) 100,000 Whys represents another step within a development started with Invisible City, away from the overwhelming grandeur of Sweet Home, Go! and towards a sound that is more concise yet unmistakably Wang Wen's.
Nevertheless these eight songs contain an incredible range of dynamics. A song like Beach Bum shows that Wang Wen haven't forgotten how to create enormous oceanic catharses that they have become known for, while the following Lonely Bird takes the same melody and explores the other end of the spectrum; peaceful, lush and soothing.

As band leader Xie Yugang notes, 'music could create some positivity for those who are in sorrow and in difficulty. I feel like that is the true meaning our music.' In spite of its title referring to a world in confusion, 100,000 Whys provides a glimpse of pre-pandemic times that allows the listener to find hope in texture and melody. 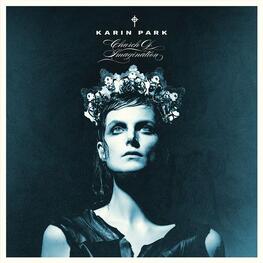