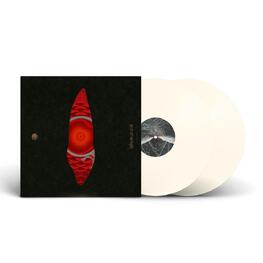 YEAR OF NO LIGHT are celebrating their 20th anniversary as a band this year.
On the occasion of this, we are releasing not only their new album Consolamentum, but a wooden box set containing their entire discography of 5 studio albums, several split EPs, and the collaboration with Belgian composer Dirk Serries from the 'Live At Roadburn' recordings, on 12 vinyl records.

Sometimes adding more weight to something that's already heavy feels like relief. When the staggering build-up of layer on layer of guitars and synths towards the end of 'Aletheia' reaches its boiling point, when the tension and drama become too suffocating to bear, the sudden discharge into the following upbeat part, based on a single power chord gallopping away at the speed of no light feels strangely alleviative.
This is the moment when the feet leave the ground, and the bones of the arms of the heretic crack, being pulled up in a strappado behind his back.
One of the most agonizing and arguably one of the greatest moments in heavy music of the past decade.

YEAR OF NO LIGHT's lengthy, sprawling compositions of towering walls of guitars and sombre synths irradiate a sense of dire solemnity and spiritual gravity, and couldn't be a more fitting soundtrack for such grim medieval scenarios. But there is also the element of absolution, regeneration, elevation, transcendence in the face of death.
Consolamentum is dense, rich and lush and yet somehow feels starved and deprived.

It comes as no surprise that ever since the beginning of their career, the band have had an obsession for the fall of man and salvation through darkness.
The term "consolamentum" describes the sacrament, the initiation ritual of the Catharic Church, which thrived in Southern Europe in the 12th - 14th century - a ritual that brought eternal austereness and immersion in the Holy Spirit.

Consolamentum is huge, poignant, frightening, sublime, smothering and cathartic - and, much
like its predecessor, "audacious, memorable and supremely confident." (Decibel magazine). MASSACRE - From Beyond (CD )