The Floridian five-piece have spent the three years since their critically acclaimed 'Common Courtesy' (2013) touring relentlessly around the globe, including the recent Big Ass Tour Australian tour, and will drop their latest blazing effort via ADTR Records/Epitaph.

A Day To Remember unapologetically remain true to their blend of pop-punk and hardcore throughout 'Bad Vibrations,' delivering a gutsy and commanding 11 tracks with blistering rhythms, catchy choruses, gang vocals and aggressive mosh moments.

On the recording process, which involved legendary Bill Stevenson of The Descendents, and Jason Livermore (Rise Against, NOFX), front man Jeremy McKinnon explained, "We completely changed the way we wrote, recorded and mixed this album. It was one of the most unique recording experiences we've ever had. We rented a cabin in the mountains 30 minutes outside of town and just wrote together in a room, which was the polar opposite of the last three albums we've made. And working with Bill was an awesome experience. He was a bit hard to read at first, so I think we subconsciously pushed ourselves harder to try to impress him. As a result, we gave this album everything we had." 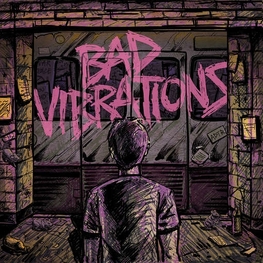