Akercocke are an English extreme metal band from London, formed in 1997 by Jason Mendonca and David Gray. The band also features Paul Scanlan and Nathanael Underwood.

The band broke up in 2012 following extensive periods of inactivity & reunited in 2016 with original Guitarist Paul Scanlan returning to the band along with newcomer Nathanael Underwood on bass guitar. 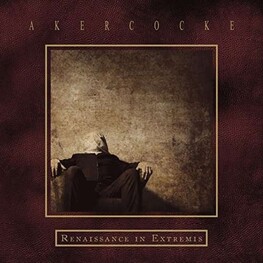