Alestorm is a heavy metal band originally from Perth, Scotland.
Their music is characterised by a pirate theme, and as a result they have been dubbed a "pirate metal" band by many critics and their fanbase.
The band formed under the name Battleheart in 2004. After releasing two demos, they were signed by Napalm Records in 2007 and renamed themselves Alestorm. 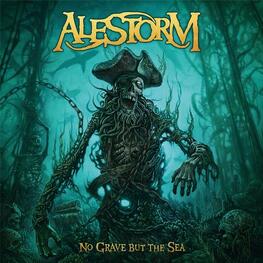 ALESTORM - No Grave But The Sea (Vinyl) (LP)