Australian death / black metal unit Consummation have completed work on their debut full-length album The Great Solar Hunter. Consummation is the brainchild of vocalist / guitarist Craig Young (ex-Impetuous Ritual) who is joined by drummer David Hayley (of technical death metal wizards Psycroptic) and bassist Joel Rademaker. Alongside this central trio, the album also features guitarist John Gossard (Dispirit /Asunder / The Gault / Weakling) among its ranks, lending his guitar work to this colossal work in helping to elevate it to an even darker, more warped and epic plateau.

This album succeeds the band's 2017 Ritual Severance EP (Invictus Productions), which was the follow-up to their 2012 self-titled demo. The Great Solar Hunter is the result of the band's serpentine-like build up, since inception, to a impenetrably demonic and monolithic sonic vastness. The band's elongated tracks are a key element to this sound-dark, murky, atmosphere-drenched dissonance and twisted guitar riff mutations flow through tense passages, building and culminating in epic and moving moments of melancholic majesty and triumph. It is these elements that give the band their sense of singularity and noteworthiness within the mire of extreme death /black metal. 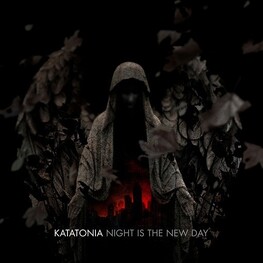