Fates Warning is an American progressive metal band, formed in 1982 by vocalist John Arch, guitarists Jim Matheos and Victor Arduini, bassist Joe DiBiase, and drummer Steve Zimmerman in Hartford, Connecticut.
Their early work was heavily influenced by new wave of British heavy metal, and was key in the development of American power metal.
With each work the band has developed into a pure progressive metal style. 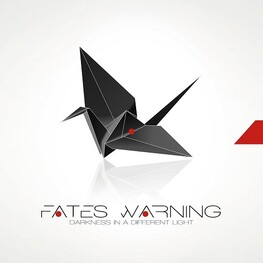