Ltd gatefold clear red vinyl.
The veterans from Arizona are about to release their 13th studio album - assisted by
their respectable mascot ?Flotzilla', returning with a big bang to the cover for the first
time since 1986 (on the album cover of ?Doomsday For The Deceiver').
A lot of effort and sweat has been put to the songwriting-sessions, resulting in 12
inimitable powerful and thrashy songs, whose hooks and melodies get stuck in your
head easily. The line-up just completed in the beginning of 2018 with drummer Ken
Mary (Ex-Alice Cooper, Fifth Angel), the band will hit the road shortly after releasing
the record. You will see them on stage in Europe with Overkill and Destruction and on
headlining-tour in the US in May/June.
The finishing on that records has been done by Jacob Hansen (Volbeat, Amaranthe,
Powerwolf, U.D.O.) Bassist Michael Spencer says: "Glad to have had Jacob Hansen
bringing this album to the overall sound and energy it has, Jacob really highlights AK's
vocal melodies, as well as Steve and Michael's songwriting, while the power of the
rhythm section drives the songs.'
Also the new band member Ken Mary states: "This album kills! It's all five guys with
the gas pedal pushed to the floor for the entire album!" Listen to it and you will agree! 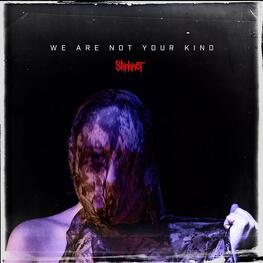 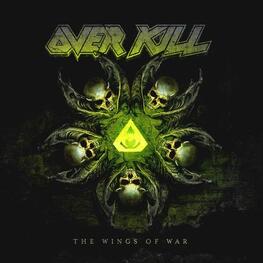 OVERKILL - The Wings Of War (LP)