Flotsam and Jetsam is a band from Phoenix, Arizona with a legacy that goes back well over 30 years. Originally signed to Metal Blade Records in the mid 80's, Flotsam and Jetsam released their highly acclaimed debut 'Doomsday for The Deceiver' in July of 1986. At this time the band consisted of Eric AK Knutson (Voc), guitarists Michael Gilbert and Edward Carlson, and founding members Kelly David Smith and bassist Jason Newsted.
Soon after the release of DFTD, Newsted left the group to join Metallica shortly after the passing of their bassist Cliff Burton.

Over the next three decades, Flotsam and Jetsam would go on to tour the world numerous times, release over a dozen albums/DVDs and build a worldwide fanbase that exists to this day. Members came and went as the years went by, however the band's vocalist Eric AK Knutson would be the one member always present for every version of the band. FLOTSAM AND JETSAM - Blood In The Water (CD) 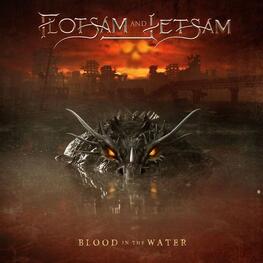 FLOTSAM AND JETSAM - The End Of Chaos (LP) 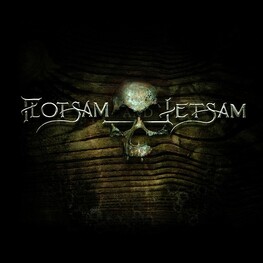