Sabaton is a band from Falun, Sweden formed in 1999.
The band's main lyrical themes are based on war and historical battles. This is heard in the albums Primo Victoria, Attero Dominatus, Coat of Arms, Carolus Rex and Heroes, in which all of the songs contain these motifs, except final tracks which are tribute songs to influential heavy metal bands.
Lyrical content drawn from World War I, World War II and other conflicts is prevalent and includes songs about battles and leaders on all sides of said conflicts.

In April 2012, guitarists Oskar Montelius and Rikard Sundén, drummer Daniel Mullback and keyboardist Daniel Mÿhr left the band to form Civil War. Vocalist Joakim Brodén and bassist Pär Sundström continued with new members.
As well as extensively touring internationally, the band have a festival in their home town of Falun, Sabaton Open Air in August and an annual cruise, 'Sabaton Cruise', in November.

SABATON - The Symphony To End All Wars (LP)

SABATON - The War To End All Wars (LP) 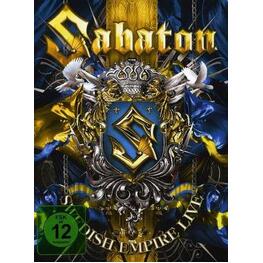 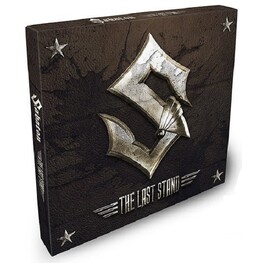