The Paraguayan keyboard player's solo album features the voices of Ralf
Scheepers (Primal Fear), Herbie Langhans (Avantasia), Henning Basse
(Firewind) and Zuberoa Aznarez (Diabulus in Musica, Tragul).Adrian
Benegas is mostly known for being the founder of the international metal
project TRAGUL, hiring some great artists to collaborate with him such as
Alex Holzwarth, Oliver Holzwarth (Blind Guardian), Steve Conley, Zuberoa
Aznarez and Sander Zoer. Tragul is musically an innovative band, exploring
new non-traditional worlds when it comes to getting their music heard.
Tragul's releases come in a unique "song-by-song" format and even with its
brief musical path, the band is recognized for its potential. Since June 2017,
the band has released 8 singles, widely acclaimed by critics. In 2019 and
parallel to Tragul, Adrian started the production of his most ambitious
project: a debut album, writing all the lyrics, concept and all music by
himself. One very important feature of the Paraguayan's debut album is that
it's a conceptual one with a profound meaning, about the tale of an
unredeemed soul's journey from the depths of its own hell to the edge of
inner paradise, seeking self-realization. You can say this album gives an
insight into the human journey itself, the ups and downs, finally finding the
light at the end of the tunnel. 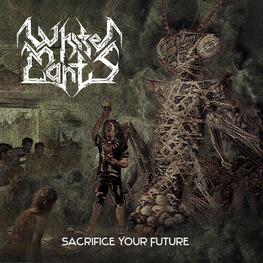