As part of the Peaceville 3, along with Paradise Lost & My Dying Bride, Anathema have carved a strong legacy since their inception at the turn of the 1990s, to become a widely revered & respected band from both the metal world & beyond, as their sound & compositions progressed from doom/death metal into more rock & progressive territory with each subsequent release. The Silent Enigma, the band's second studio album, was originally released in the summer of 1995 and is the first release on which guitarist Vincent Cavanagh took over the vocal duties of recently departed Darren White. Where Darren's vocals were guttural, Vincent's style pushed the possibilities for Anathema onwards and upwards, with a scope and breath beyond his years. The Silent Enigma contained elements of acts such as Celtic Frost & emerged as a fine example of highly-atmospheric & often emotional gothic doom, spawning classic Anathema songs such as Restless Oblivion, Sunset of Age, The Silent Enigma & A Dying Wish. 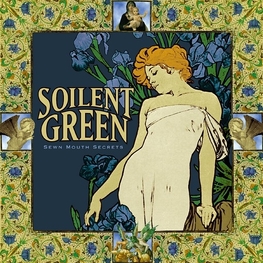